We sit, shaded from the sun’s blistering heat, in the beautiful courtyard of the Karavanseray Restaurant in Sheki. The whiteness of the tablecloth is only marred by a brown crispy dry leaf, which is quickly plucked away by our waiter, Brown leaves, autumn?, cannot be… A glance around and I spy a gardener diligently raking up piles of brown leaves. The first sign of autumn confirmed in this sweltering heat.

Was it that long ago we were complaining of cold as the North American winter refused to allow spring to bloom back in mid April? Since that time, we have seen the leaves bud, flowers blossom and crops grow, ripen and be harvested as we have ridden westward. The eternal annual cycle which we set out to beat back to London before winter’s icy fingers once again plucked at our clothing is ringing the changes once more. We have seen photos of a foot of snow, 25 cm, over a highway we rode back in Siberia. The song ‘Forever Autumn’ recorded by Justin Haywood of the Moody Blues comes into my mind ( had to check the singer on Wikipedia). 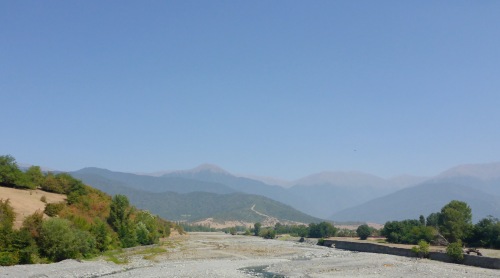 Looking north to the Central section of the Northern Caucasus mountains

We are in the Autumn of our trip, we will be back in the UK in about 5 weeks. Since we crossed the Caspian Sea, we do not feel the same remoteness that we have felt in Siberia and the ‘Stans’. We are gradually re-entering a more densely populated and developed part the world and this feeling will intensify as we continue westwards. With so much to see and do in the next 4,000 to 5,000 km, we will have to make even more choices and compromises. We have decided however that we will look to focus our time between Azerbaijan and Istanbul, while other points of interest closer to the UK will have to wait for another adventure.

Stop rambling you say, ‘where’s the beef?’. I know pictures, people and prose are what you are looking for, well I was trying the last one. Today, 31 August, is the Anniversary of the day Anne & I first met back in 1974 in Fayet, a small village outside St Quentin in Northern France. How will we celebrate the day? For the girl who has everything, me of course, and how about a nice border crossing to start the day off.

A leisurely three hours to the border, with some gravel and broken tar thrown in remind us that the back roads are not all smooth sailing, with the dappled sunlight and patterned cow droppings, it is hard to spot every pothole and Streak and Storm bottom out from time to time. The smell of freshly dug earth fills my senses at one point, such a change from the dust we have endured for a couple of months. As Anne says, she has had our fill of browns and now want green to dominate the landscape. 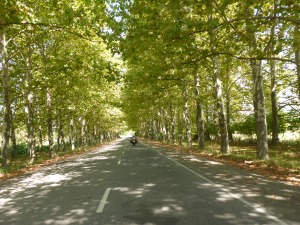 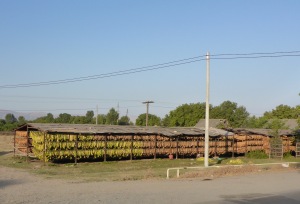 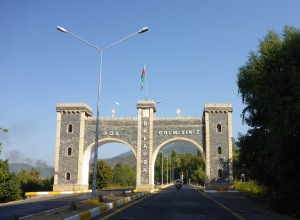 Every town should have one 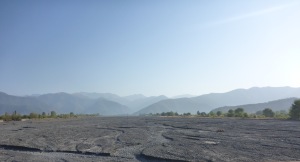 Rivers are wide and gravel filled

As we come to leave Azerbaijan, we are still grappling with priority at roundabouts / traffic circles. We have worked out that the largest road had priority, but who decides what is the largest road, each driver I suspect and they may have differing views.

“Passport”, “Open bags”,”Check Everything”, I am starting to tire of the officious nature of some of the border crossing staff. They seem to enjoy the power of being able to order one around, but then when they have all your bags open, just give a cursory glance at the top of the contents, loose interest and move on to the next victim. I would have greater respect for them if they did their job properly, even if it meant a more diligent search of my possessions on a random basis.

Georgian Immigration is done while we were on the motorcycles, a first in this part of the world. Another first “Can we see your driving licence”. Since we set off in 2014 on RTW version 1 till now, no one has ever asked to see a driving licence. Passport, vehicle registration, insurance, yes, but never a driving licence. Good thing we had one. Also no time consuming ‘temporary import documents’ to fill out, just “Welcome to Georgia”. Makes one feel good.

Azerbaijan ‘Daadaas’ changed for Georgian ‘Daadaas’, at the border. I guess I need to explain that one. When we travelled overland from London to Cape Town in 1982/3 using public transport and hitchhiking, we met Stan from Newcastle NSW. He coined the term ‘Daadaas’ as a generic currency name as he would forget the name of the currency of the country he was in. It has stuck with us ever since.

Georgia seems to have better defined villages than Azerbaijan, where it seemed like every house wanted to be on Main Street which has led to very, very long villages and about 50m / 150ft between the end of one village sign and the start of the next. Here they allow a measure of countryside between them which is much more pleasurable to ride. 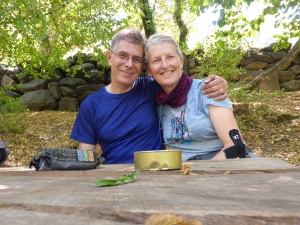 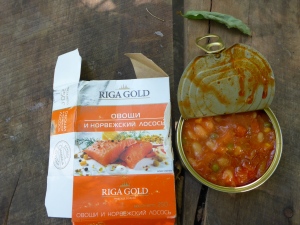 High on a hill we spy a church, and soon thereafter a sign to a monastery. Perfect place to stop for an anniversary lunch. We eat our sumptuous meal in the picnic area below the Nekresi monastery. The Church dates from the 4th century AD, built by king Thrdat. The church has been restored in recent years. 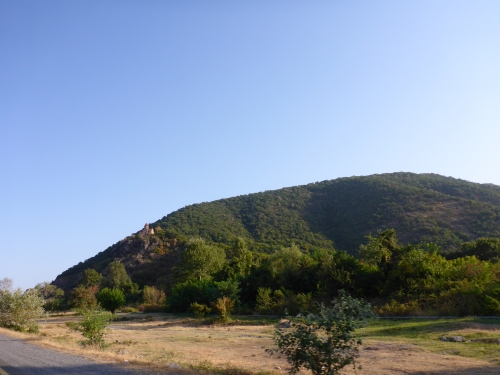 Nekresi Monastary high on the hill

One cannot ride up to the monastery, but a bus will take you up, but only when there are 10 or more passengers. We convince four Russians that if we buy the extra four tickets between us, total cost US$2, the bus will go with 10 tickets sold. With a little prompting of the driver, we are correct and off we go. For those followers who rode with us in Myanmar up to the Golden Rock on my birthday in 2014, you will understand the steep nature of the road and the tight hairpin bends. It seems as high as Tigers Nest in Bhutan. Why do religious orders build their homes in high difficult to reach places, to give us all heart attacks while visiting? It was a worthwhile stop. 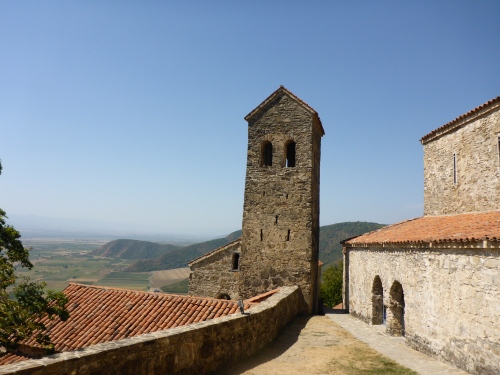 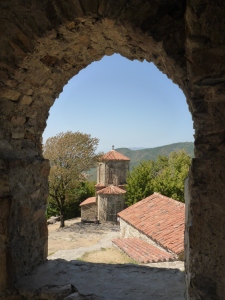 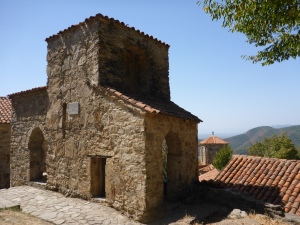 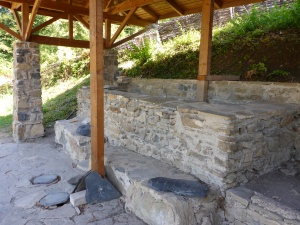 We have noticed a significant number of older Mercedes Benz motorcars here, usually driven at high speed, not always under then control of the driver, we see fishtailing or power-oversteer as older Mercedes Benz take off or turn in from sideroads. Can the manufacturer look at some form of speed limiter based on age and location of the vehicle? Must be easier than self driving cars?

Onward to Tbilisi, a mixture of old and new buildings make up this city which is split by a river and constrained by low hills on both sides which makes for an interesting and at times challenging route to our hotel, which is in a complex that was once a winery – an excellent choice by Anne once again.

Dinner is served and we relax in the grounds of this old winery, 43 years since we met, that’s worth celebrating. 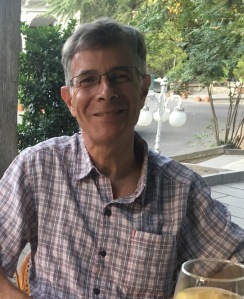 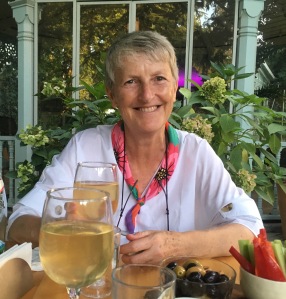