Our last 2 round the world trips:

The 2slowspeeds’ two round the world trips

We did it!! We have completed our 2nd Round the World motorcycle trip. Starting in the UK, going east to west this time, during the northern hemisphere ‘summer’, in 6 months. Just over 30,000kms or 19,000 miles, plus 2 flights, 5 ferry rides and 2 truck rides. We crossed 22 countries on this trip.

30 August 2017 update
We are now in Azerbaijan having crossed the Caspian Sea by RORO ferry.

19 August 2017 update
We were not sucessful in getting a transit visa for Turkmenistan which means we cannot visit Iran this time. New route will take us across the Caspian Sea.

July 2017 update
Flew from Vancouver to Seoul, biked across to Donghae, ferry to Vladivostok:

June 2017 update
Alaska and many parts of the US and Canada had such a late winter we had to change our route.

Montreal to Vancouver – April to June 2017

We are about to embark on a northern hemisphere summer round the world trip.

Loosely, we leave Brisbane end of this month for Europe then on the 13th April 2017, we fly ourselves and our bikes to Montreal from where we will basically chase the sunset until we return to the UK mid to end of October 2017.

See above for our route and progress…

We’ve done it! We completed our round the world trip. It is a great feeling, of achievement and gratitude. Time for us to reconnect with family, friends and home and for Streak and Storm to rest for a while …

We are now in Montreal, Canada and our round the world motorcycle trip is nearly complete!!

After a memorable and precious time in Ohio with an Amish family, our pace is slowing but New York is approaching fast…

In Roanoke, Virginia now after 49,300kms so far and one week to go to New York

After Colorado, we criss-crossed Wyoming. We are in Grand Rapids, MI, now with just 2 weeks to go before getting to New York! 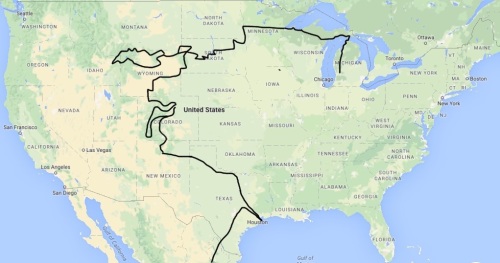 Spent 4 weeks in Colorado, visiting 3 sets of friends in and around Denver and Boulder and being thoroughly spoilt by them and discovering the south west Colorado and some of the most fabulous motorcycling riding roads, thanks to Butler maps. 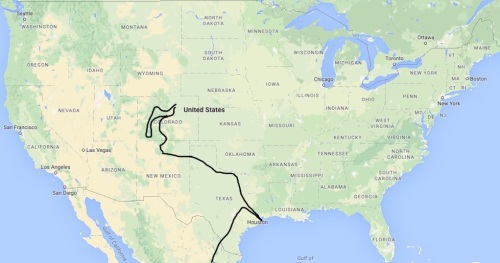 On our 1 year anniversary of being on our Round The World motorcycle tour, we arrive in Denver where Streak and Storm will get their first major service while on the road and Anthony will get his ankle seen to. Our destination is New York City, then Montreal where we fly from to return to the UK.

Four months since we arrived in Santiago de Chile and we are now in Houston, Texas, USA. 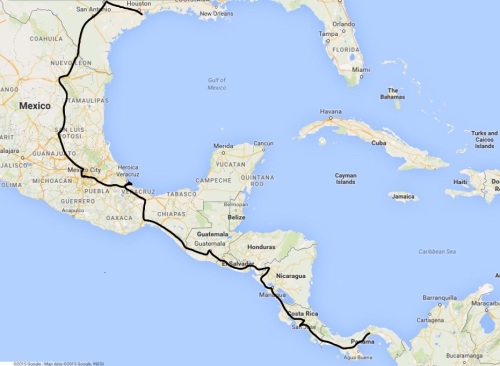 We picked up our bikes without a hitch in Panama City and dashed through Central America in just under 3 weeks. So many places we missed but bike repairs in the US took priority, but not without a stop in Mexico City to see friends and some unexpected repairs on Streak.

Our bikes are now in the hands of Master Logistics in Medellin, having passed the police drugs inspection and been shrinked wrapped in readiness for airfreighting to Panama City on 11th May, and we fly Medellin-Bogota-Panama City.

We have spent exactly 3 months in South America- Central America, here we come!!

We have been moving a little faster than expected and are now in Cali, Colombia.  Where to from here is a mystery as the new ferry service to get past the Darien Gap was terminated this week due to lack of funds…

Riding up the Panamerican Highway – in Cali, Colombia now

Nearly 2 months since we left home in Brisbane for Santiago, and we have seen some absolutely spectacular scenery, avoided a number of natural disasters by a couple of days on a number of occasions and made a couple of major itinenary changes (added Easter Island and left Bolivia out).

After an uneventful overnight flight from Singapore, we were met at Sydney airport by our friend Alicia. A day with our godsons, followed by a day with our old friends Mark and Jenny, then we flew home to Brisbane where we were met by Glen and Robyn. Being met at the airport and seeing these good friends again was wonderful!

We have 4 weeks to prepare our next leg and catch up with as many other friends as we can.

At this stage, we leave Brisbane on 27th January 2014 for Santiago, Chile. 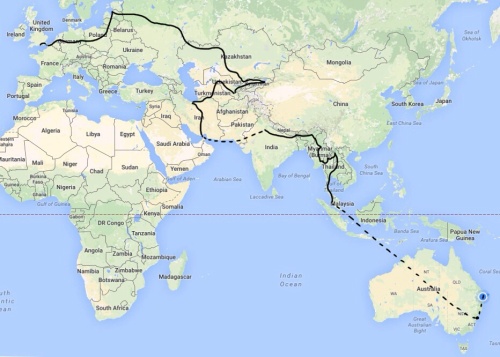 This is Australia!!! After 2 days in Sydney seeing our godsons and friends, we flew to Brisbane

Brisbane is situated between the Gold Coast and Sunshine Coast 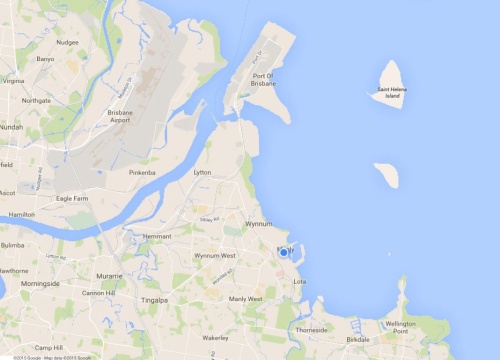 We got home in Manly on 28th December!!!

We have made to the end of our first leg!! We had hoped to ride up to Singapore, but Streak’s problem has baffled the local BMW mechanics and has been referred to Germany so Kuala Lumpur is the end of our route for now. It’s been an absolutely amazing trip, made all the more special thanks to the wonderful people we have met along the way and our new friends.

We head back to Australia for a month, flying from Singapore on Christmas day. We wish all our followers and their families a merry Christmas, joyous holiday and very happy new year.

We have visited Laos briefly as time is suddenly running out and are now back in Thailand. What we saw of Laos was absolutely stunning, our ride from Luang Prabang to Vang Vieng being a highlight to date. 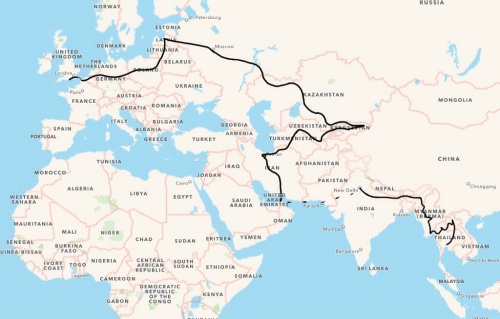 We are now in Chiang Mai, Thailand, having travelled 18,000kms through 18 countries. Suddenly, home in Brisbane, and the end our first leg, feel very close.

By the end of this week, we will have been on the road for 4 months and travelled 50kms short of 15,000kms. In 4 days, we meet up with a few fellow motorcycle riders in Imphal to cross Myanmar. 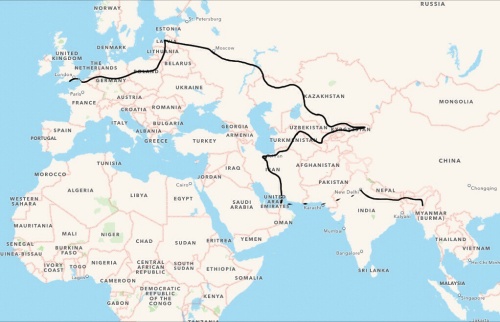 Our route to Imphal, India before entering Myanmar on 30th October 2014

Our route to Delhi, India, so far. We have travelled 13,000 kms or 8,125 miles by road to southern Iran where we boarded an overnight ferry to Sharjah in exactly 3 months. After 10 days in the UAE to get our Indian visas, we shipped our bikes with Emirates Skycargo and ourselves with Flydubai to New Delhi. We now have just over 3 weeks before we need to get to the northern border with Myanmar and join up with a group to cross Myanmar.

4 March 2014
While our route has not been finalised and some sections will be determined later, we have decided that the initial travel will be across Europe: starting in the UK, then France, Germany Poland, Lithuania and Latvia. We will enter Russia ride across to Kazakhstan and then backtrack along the silk route down to the Gulf. Then to Dubai and Oman, planning to airfreight the motorbikes to Mumbai in India and across the sub-continent to SE Asia. Our travel route through South America, Central America to North America before returning to Europe will be finalised later. We expect to arrive in Australia end December 2014 and back in Europe around July/August 2015.

Our trip was delayed by a month 2 days before our original departure date for health reasons. As our Russian, Kazakhzstan and Iranian visas had already been processed, with entry and exit dates, our travel across Europe and Russia were much faster than we had planned to make the Russia exit date in time, which we did with one day to spare!