Today marks the end of the first week on the road. We have covered 2,500 kms and ridden in 8 countries. The week has been relatively easy apart from having to keep moving to make our Russian visa deadline. As we have travelled only within the European Union (EU), we have had no border crossings to slow us down. It was interesting to note that as we crossed borders further east and newer EU members the border post buildings still exist, except the grass is now growing up in the roads. In Western Europe only a sign indicates where the border is. We also saw in the east people at the side of the roads selling fruit and other foods from cars or just a small box next to a bicycle. No doubt we will see this more as we venture into Russia and beyond. We get used to our way of life and forget how most of the world lives

Apart from the boots, all equipment is working well, but with all the modern technology we seem to spend a great deal of time co-ordinating recharging at night. In 1982 in our trip through Africa, we had a short wave radio with two AA batteries. It would also be useful if electrical equipment manufacturers could produce standardised cables to reduce our rats nest of cabling!

Riga has turned out to be a beautiful city with a lovely old quarter and a number of art deco and art nouveau buildings that attracted Anne’s interest and camera. See some photos below. We had a relaxing lunch at a street cafe and then back to the room to prepare for tomorrow’s ride into Russia.

We had planned to leave early but a small problem with my bike was discovered while doing our daily checks The right hand lock nut had come loose and I now have a 1.5mm difference between each side of my wheel alignment. While I have a good toolkit, it lacks the a spanner large enough for the quick release nut, so off to BMW Riga this morning to fix and then look for a 17mm spanner for next time, which will probably never happen.

Russia and the open road are ahead of us…

Dedicated to the children who were deported to Siberia 1941-1949 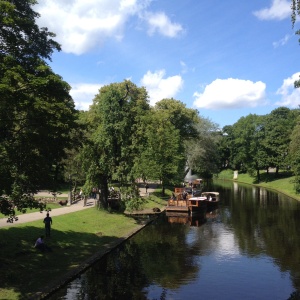 Park and river running through Riga 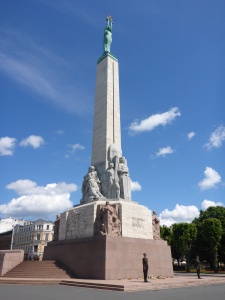 Honour guards at the Freedom Monument 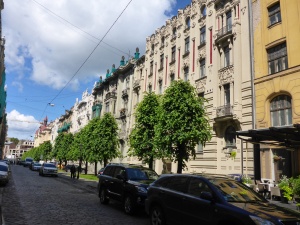 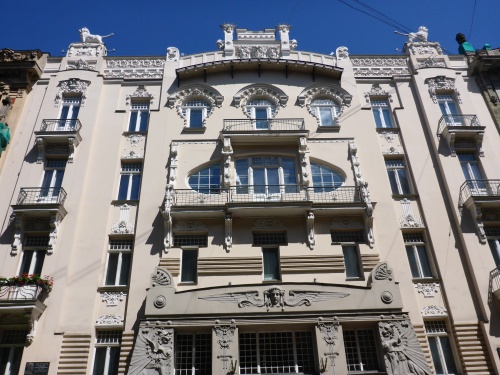 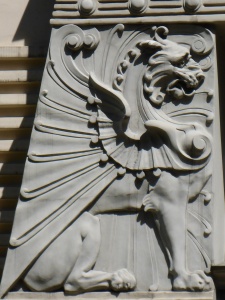 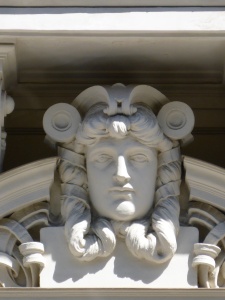 10 comments on “First week on the road”